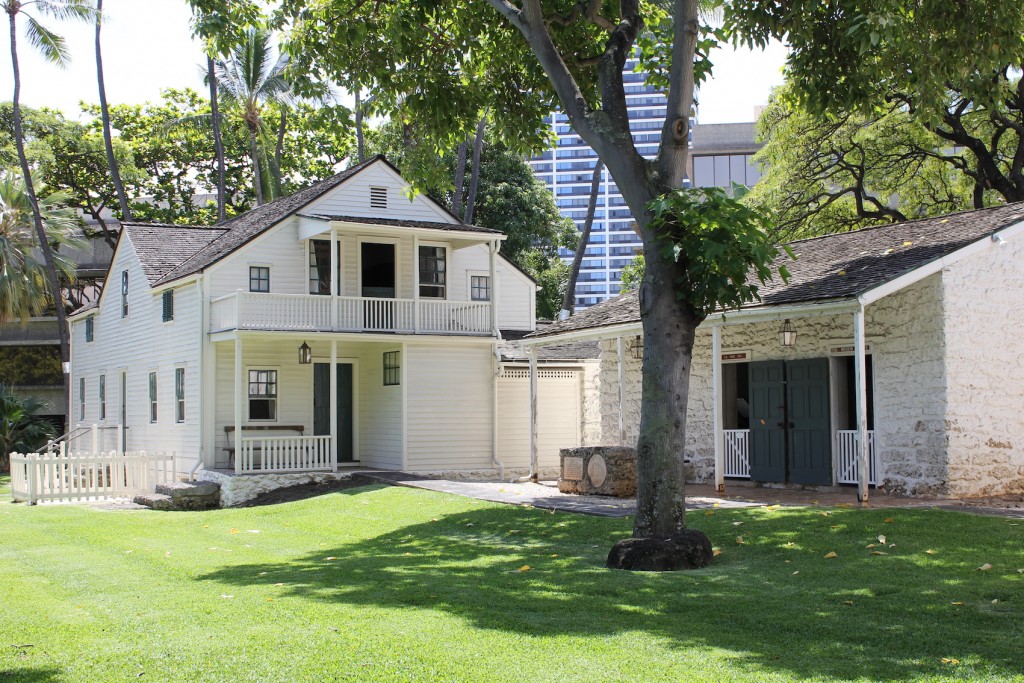 DAY 8 – Today we had a History Lesson! Once again we caught the Waikiki Trolley and had a guided tour of the State Capitol near Iolani Palace, learnt about the Kingdom’s last two monarchs – King Kalakaua & Queen Lili’uokalani – then how Hawai’i became the 50th State. THEN we had another guided tour of the Mission Houses which took us back to when the first missionaries arrived in Hawai’i. A self-guided tour of the Court House where we had the place to ourselves and acted out our own little court scene.
We tried out our 1st USA McDonald’s which was not really much different to Australia except Dr Pepper, Fruit Punch, & Milk are on offer to drink.
Then off to catch the bus back BUT not before we stop at an interesting looking shop called ROSS Dress for Less…..I am so glad we stopped there! BARGAINS GALORE of brand name items and cheap, cheap, cheap! We came out happy, happy, happy…….mostly with shoes, shoes, shoes smile emoticon, but we were busting, busting, busting as there were no restrooms to be found (including in McDonalds) because of all the homeless living in this area!!!
A lovely lady at a Car Park Depot took pity on us visiting Aussies and allowed us to use her ‘facilities’…..LUCKY!
Caught the bus back to Ala Moana, had a quick look at the shops and nabbed some bargains at The Children’s Place, back to the hotel, dinner and time for bed.
Up early tomorrow to visit Pearl Harbour!