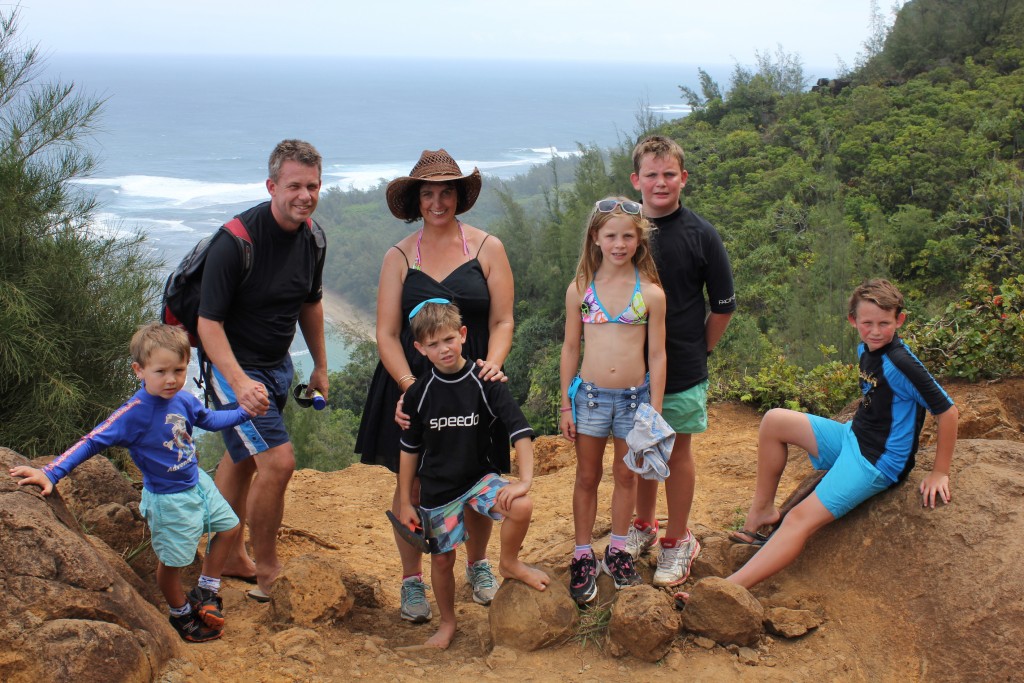 DAY 14 – Just another beautiful day in Paradise. Hiked for an awesome view at the most North end of the island with 5 kids in tow. Brittany (teenager) managed 200 steps then gave up. We soldiered on and discovered very impressive views. We then visited the beautiful but dangerous to swim in, Hanalei Bay & Lumahai Beach where South Pacific was filmed and Lilo & Stitch?
We discovered caves and gorgeous views in our travels.
We all had a swim & snorkel at the much safer Anini Beach where Honeymoon in Vegas was filmed. Ian, Brittany & Lachlan were lucky enough to see sea turtles. I didn’t see anything interesting in my snorkelling ventures…
Then off to view the lighthouse at Kilauea. We were too late for the tour but the lookout was pretty awesome!
Home to our holiday house, a friendly family game of Monopoly Deal which Corey & Betty won! Then time for bed……another day of exploring tomorrow……loving this island!