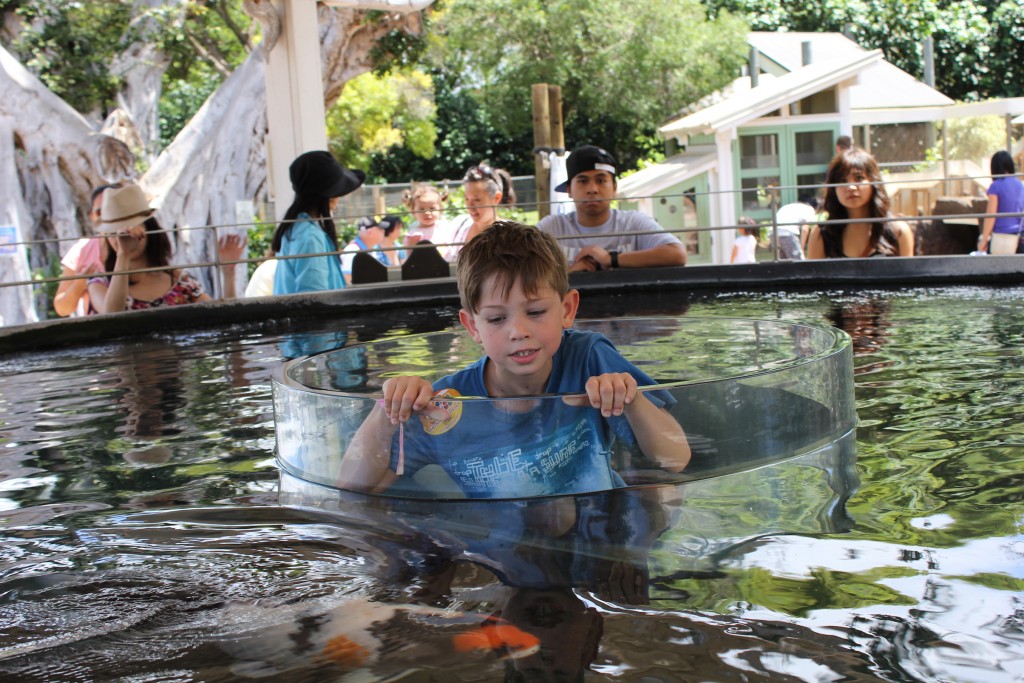 DAY 4 – Good Friday in Waikiki and it is business as usual.
The day started off rather eventful as Ian & I decided to go for a run ~6km round trip to Diamond Head Surf Lookout. Halfway to our destination a ligament (or something) snapped in Ian’s calf – it was a very loud SNAP. Quick decision was made for Ian to start walking slowly back while I completed the run up to the lookout.
I ran up to the lookout, did some whale watching for 10 minutes then ran back down. 1 and a half hours later, 3 different people to assist and I estimate 12km later I returned to The Pink Palace to a concerned family. Where had I been? Well, I don’t know how but I took a wrong turn and reckon I covered most of Waikiki! Silly, silly me but at least I got to see more of Waikiki on foot and I got a GREAT workout!

Then we set off to The Honolulu Zoo & Waikiki Aquarium. Hot day – a zoo with inactive animals in smallish cages, very pretty flowers and fantastic big old trees which were great for climbing (even though climbing really wasn’t allowed).
The Aquarium was small – best part was having a FREE audio guide and touching and playing with spiky things and hermit crabs, otherwise it was just another aquarium.
Lunch/Dinner at The Cheesecake Factory and then half of us went shopping in Waikiki at The international MarketPlace & other shops while the others went swimming in the Sheraton Waikiki pool.

Quote of the Day: We saw our first FIRE Rescue truck and we were intrigued that it had a surfboard.
Brittany: Why has the Fire Engine got a surfboard on the truck, is that in case there is a fire in the middle of the ocean?
Too funny. I actually asked the ‘fireman’ who said “you’re from Australia, right? We actually do more ‘rescues’ than put out fires.” He estimated 30 rescues to 1 fire. So I guess they are fireman, lifesavers and SES all in one.